This post is part of my continuous coverage of Y Combinator Demo Day for the Winter 2013 Class. You can see all publicly launched companies from today’s presenters here, Watsi is currently ranked #7.

While Watsi will probably not take in capital on traditional VC terms, I hope they can capture the imagination of some folks in the audience and gain new donors.

Today Watsi, a non-profit for funding medical treatments, is presenting on stage at Y Combinator Demo Day by cofounders Chase Adam, Jesse Cooke, and Grace Garey. The company made quite a splash back in January when they were announced as the first non-profit to receive funding from YC.

I am admittedly a bit of a curmudgeon when it comes to donating to charity, but after seeing Watsi present yesterday and reading this post “The Bacon Wrapped Economy” about the end of cultural patronage as we know it, it got me to thinking. Maybe this is exactly the kind of platform people like me can get behind.

The East Bay Express paints a bleak picture the future for philanthopy, suggesting that our outcomes-focused giving will fail to build the kinds of institutions that have perserved American culture for the past 300 years.

And according to Medak and other members of the art world, it’s not just the donors themselves who are changing; it’s the entire ethos — and that may mark a change in a system that’s been more or less the same since the Renaissance. “A lot of those philanthropic dollars are now going to programs with measurable outcomes,” Medak said. “This shift toward a more transactional relationship in philanthropy, where you give something and expect to get something concrete back, has continued to escalate. The entrepreneurial infatuation we have now — and I don’t mean that in a loaded way — comes with a notion that the things we’re investing in should have a potential to [make] returns. It’s antithetical to the kind of philanthropy that has built institutions in this country.” Medak didn’t mention the logical, eventual corollary to this — that an end to institution-building philanthropy can also mean an end to the institutions themselves — but it doesn’t feel entirely far off.

I’m not so bearish. In fact, I wonder if the Internet can finally bring the meaning and accountability that has been lacking for young donors who won’t be building a hospital in their name, but simply want to feel they’ve made an impact on an issue they care about.

The post goes on to explain that most patronage typically comes from older generations who have had a lifetime to accumulate their wealth. I can hardly complain – visiting the local museums, structures, monuments, artwork and other results of this philanthropy is a pleasure. I would never make the argument that this is an either/or situation where all funds should move away from arts and toward solving the world’s problems.

However, I think charitable giving needs to be aligned with the values of the people donating money, and it’s possible that those values have shifted for a younger generation toward institutions that solve real world problems.

In the case of Watsi, the public is clearly in support of a new institution that works to support those in need of medical attention around the world. Operating like a startup and providing an unbelievable amount of transparency is mostly a marketing gimmick today, but long term it could reset the expectations for a new generation of givers.

Today’s Demo Day at the Computer History Museum attracts high net worth individuals, investors and professionals looking to put their charitable giving to work, so while Watsi will probably not take in capital on traditional VC terms I hope they can capture the imagination of some folks in the audience and gain meaningful new donorship. 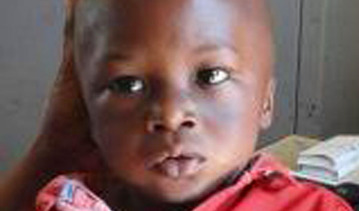 Wish them luck today, and take a moment to make a donation to Oumar, a 19 month old child whose life is threatened by meningitis and chronic epilepsy. He needs just $1370 to save his life, and 100% of your donation goes directly to his treatment.